Lecturer, Motivator and highly sought after speaker; Eve Dionne is showing the world what it truly means to “Be about that life!” Eve is an over comer with a triumphant story that has helped men and women around the world to reach their goals and look beyond their past into their purpose! Eve is a writer and spokeswoman who has spent the last several years quietly serving in churches, outreach campaigns and health initiatives while mentoring young girls and women in helping them to overcome some of life’s most daunting and painful challenges.

With ties heavily connected to the entertainment and media industry, she became the “go to” person to friends and strangers alike in all things that signify talent, fierceness and grace! Eve is a Spokeswoman for the American Heart Association and 2013’s “You’re the Cure” Award recipient. She is currently in the process of penning her first book while completing an MBA, and working as an entertainment manager and consultant.

A successful chiropractor for almost 30 years, a student and teacher of integrative nutrition and now a speaker and executive lifestyle coach,Chuck Berg has brought his message of wellness and balance to clients as diverse as BMW North America, the International Council for Women in Real Estate and listeners of his “Reclaiming Your Health” radio show. Chuck offers a rich understanding of the value of a life transformed from the inside out; one where equal attention is paid to the physical, the relational, the spiritual and the mindful. As a professional life skill coach, Chuck’s message to busy professionals is clear: your work performance will be in exact proportion to your energy, vitality and emotional and physical health.

MAHLENA-RAE JOHNSON grew up on the mean beaches of St. Thomas, Virgin Islands. During her senior year of high school, she was named Most Likely to Kidnap a Backstreet Boy.

After graduating from the School of Film and Television at Loyola Marymount University, Mahlena decided to stay in Los Angeles to crawl up the ranks of the entertainment industry. In 2007, Mahlena founded Mr. J Media and published her first novel, Steve the Penguin. She then elected to continue her overeducation by attending the Marshall School of Business at the University of Southern California, and graduated in 2010.

Mahlena published her second novel, Bianca Reagan: Where the Action Is, in 2013. When the author isn’t gorging herself on reruns of Murder, She Wrote and The Golden Girls, dabbling in stand-up comedy, or wondering what she should do with, she is working on The Book of Noa, a series of intergalactic sci-fi novels. You can read more of her deep musings and witty quips at Mahlena.com

Travis Waits is passionate about equipping leaders to expand the impact of what they do, so that everyday they are engaged wholeheartedly, and in alignment with who they are. To do this well requires personal growth, and courage do something different. As a leadership optimization specialist, and authenticity trainer I have found that making incremental shifts, strategically empowers leaders to be more successful in all areas of their life, not just their business. Called to disturb and disrupt the status quo of leaders… Travis Waits is an authenticity trainer, coach, pastor, father, and husband. He empowers leaders to maximize their impact by aligning who they are in their core values. He is known by his clients for his courage, tenacity, and grace. Through his tactical training, leaders become more effective in their professional and personal lives as they eliminate compartments. He works locally with leaders in the Colorado area. He also works virtually delivering online training and coaching to clients all over the world. Join the conversation at www.traviswaits.com

Join Clarence and Kirsten Bloomquist as they explore the Power of the Mind.

“Kirsten Bloomquist is a Clinical Hypnotherapist in Vancouver, BC, Canada. She is known for her  extreme belief in the power of the mind, believing the mind can heal all. Kirsten’s experience includes working with professional athletes and the terminally ill. She is known for the fast and dramatic results she helps her clients to achieve. Kirsten’s name spread among the western medical community when she helped a client to beat cancer by having his mind overcome his tumor.” 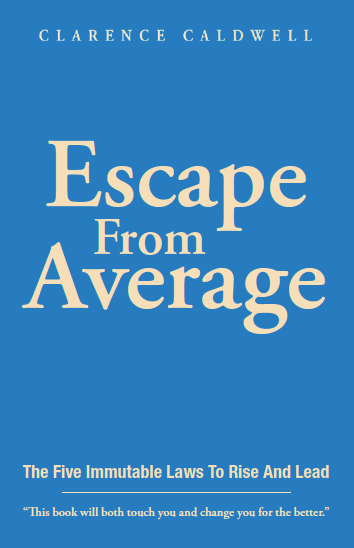